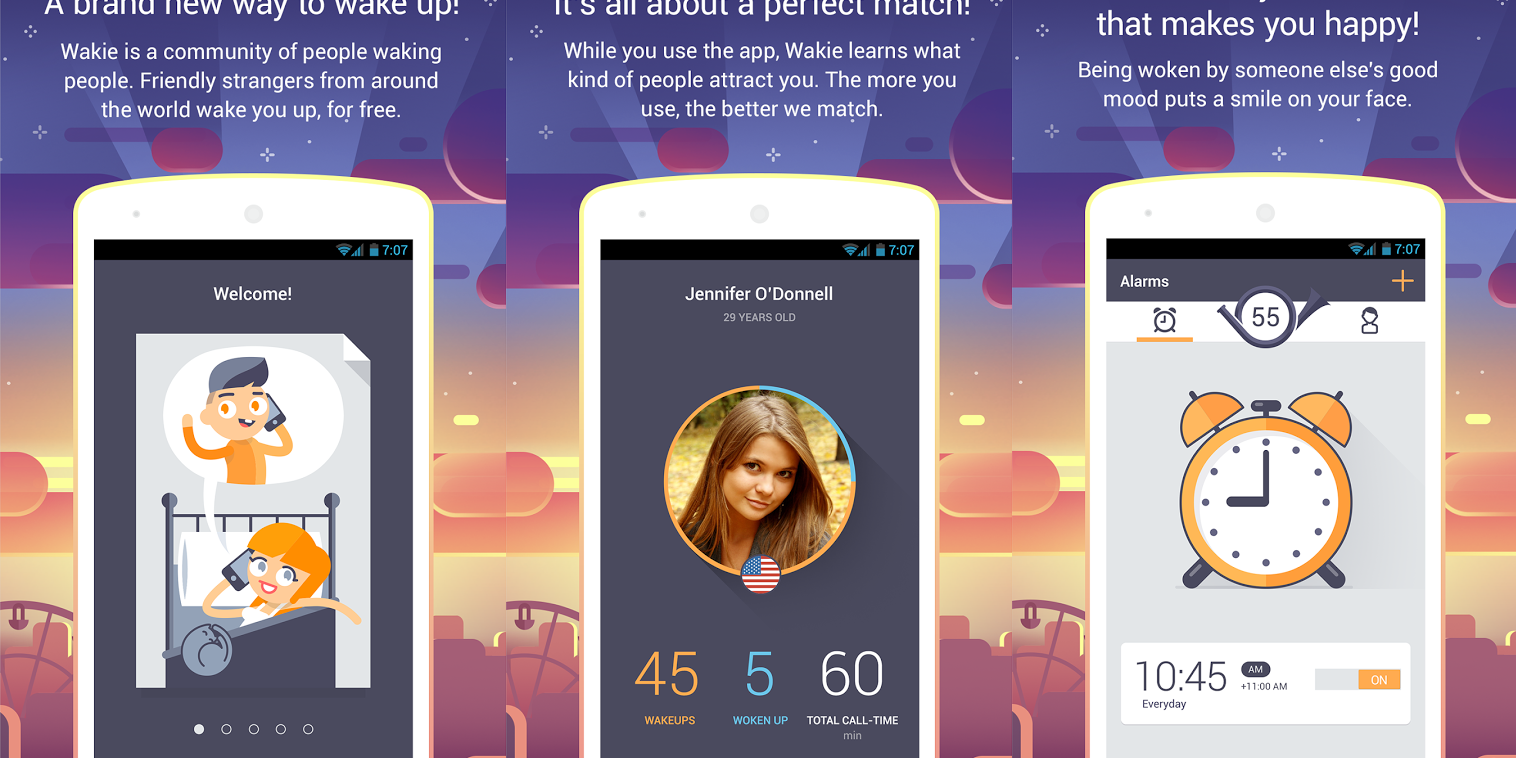 The alarm clock has been used for many years. Originally  it was just an annoying noise that rang or beeped at the time you set. Then  radio alarms arrive  so you could wake up listening to your favourite radio station. With the mobile phones the biggest improvement was being able to select a song instead of the ordinary alarm sound. But now thanks to Wakie, the alarm clock has taken on a whole new dimension.

Being one of the most used features by almost every smartphone owner, it was about time that someone tried something new, and that’s what Wakie is doing. The app is based on the idea that the human interaction is more pleasant than any kind of noise or music.

Its functionality is really quite simple. You set the time for the alarm and you receive a call for from another user who can be anywhere in the world. The calls only last lasts 60 seconds – giving a notification at 50 seconds and automatically finishing the call at 1 minute. According to the team behind the app, this is just the right amount of time to wake up whilst avoiding long or awkward conversations.

The calls are totally anonymous so your privacy is safe, but the app has an in-app forum where the user can talk with each other and, if wanted, try to find and contact the person that woke them up. Due to the anonymity of the app, you might be worried about abuse (or even be considering it yourself) but a general consensus of respect is held across most users.

The developers are now working on a Premium version of the app, with special functionalities like extending the call time up to 5 minutes, select the gender of the caller or being able to see the their profiles if they allowed to do so. They’re also thinking of adding automated wake up calls where you can select being given information about the weather, news, facts and more. Also, if you’d like to hear your favourite celebrity’s voice, Wakie are considering partnering with celebrities so people could download pre-recorded messages.

The app has been in the market for some time for Android and Windows Phone and now that is also available for iOS, an abundance of new users from all over the world will join the ranks of ‘Wakies’ and ‘Sleepyheads’.