Apple Changes ‘Free’ to ‘Get’ on the App Store 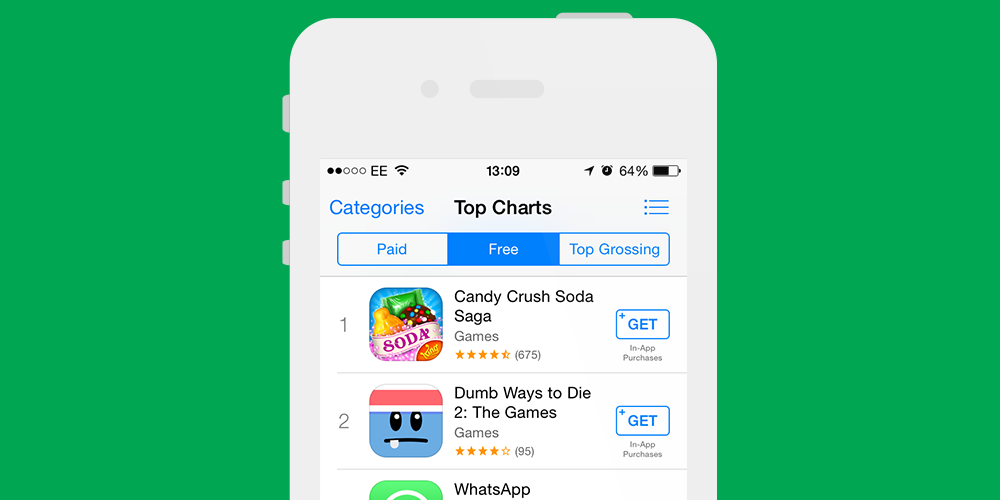 The subject of “free” applications is a bit of a touchy subject for some people, especially Apple and Google.  This summer the European Commission forced Google to relabel all applications listed in its store which were free to download, but offered in-app purchases.  Google then relabeled the names of their top app stores to remove any mention of the word free.  This week Apple have been forced to follow suit, renaming every free-to-download application in their iOS and OSX app stores from Free to Get.

The problem with free, according to the European Commission, is that it’s misleading when it comes to in-app purchases and some people may be confused as to the total cost of having the app on their phone.  The EC also went on to give further guidelines for App Store marketing, especially concerning applications aimed at children under the age of 13.

Apple have actually made a lot of improvements regarding the app store with the launch of iOS 8.  In a statement it provided to Engadget in the summer: “¢â‚¬ ¦over the last year we made sure any app which enables customers to make in-app purchases is clearly marked. We’ve also created a Kids Section on the App Store with even stronger protections to cover apps designed for children younger than 13.”  They also promised many more improvements to the app store in iOS 8 to strengthen the protections put in place.

Is this change going to have any impact on developers themselves, now that apps are no longer being marketed as free, but that consumers can ‘get’ them?  It may have an impact on some more spammy developers, who solely develop apps which try and trick people into paying for additional features, but it shouldn’t matter to the more honest developers out there.

You may think that labelling all free apps, even the ones that don’t offer In App Purchases, as ‘Get’ would put off some potential customers.  We actually looked at whether or not In App Purchases put people off when it comes to downloading apps last year; we saw that it really doesn’t.  People are generally happy to download a version of the app, try it out and pay for additional features when it comes to it in the end.

It’s good to see Apple are taking responsibility when it comes to protecting consumers, but it’s also good to see it’s been done in a way that doesn’t affect the developers themselves.