Six Years of the App Store 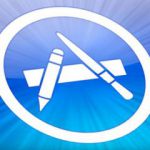 It’s been six years since Steve Jobs presented one of the biggest additions to the second version of iPhone OS (as it was known at the time, not iOS). The App Store was not only a revolutionary way of selling software, it was also a landmark in the way developers could distribute their creations. Last year we celebrated the 5th year of the App Store, now that it’s reached the 6th year we want to have a look at its evolution and what’s coming up in the foreseeable future.

In the beginning the app store was just for iPhone and iPod Touch, however as soon as Apple realised the success of the store, a version for iPad and Mac OS X were launched. Since its inception, developers have uploaded around 1.6 million apps, from which around 1,188,000 are currently available to download.  It’s still growing too with roughly 60,000 new apps uploaded every month, this means that by this time next year there’ll be roughly 578,000 more apps in the store.

On top of that, by the end of June 2014, 75,000 million apps had been downloaded and the number of developers registered at the moment has reached 9 million (47% more than in 2013).  The App Store receives 300 million visits every week and boasts more than 800 million registered customers.

In september we will see the release of iOS 8, and with it will come a brand new app store.  This new store will bring a collection of new features with it, including: improvements in search, related suggestions, more subcategories and a re-design to allow videos to be stored alongside screenshots.  One of the biggest introductions though is the integration of the App Store into spotlight search; when you pull the searchbar down from the top of the screen, any search you make will natively include the app store in its results.

After that, we have no idea what to expect.  One thing is for sure though, Apple have no plans of getting rid of the app store anytime soon.  It’s a highly lucrative revenue stream for the firm and something which they are sure to continue for years to come.