App of the Week 7th July 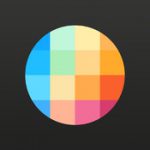 A few months ago, as most people will have heard, Facebook made an offer to buy Snapchat for $3 Billion.  Snapchat turned the offer down, despite having never made any money, claiming they had bigger plans for the ephemeral messaging service.  Facebook have instead released their own media messaging service called Slingshot, billed by some as a Snapchat clone, we’ve taken a look to see what the app is like.

In some ways, the app is similar to Snapchat – it’s designed to send fun photos and videos to your friends which will self delete after they have been viewed.  However the mechanics of how it works are really quite different – you need to reply with a photo or video of your own, before you can see the content that someone has sent you.

Once you’ve signed up with your phone number, a smart tutorial walks you through how to use the service.  Straight away you’re encouraged to take a photo and start ‘slinging’ moments to your friends, the app has a very minimal interface, with the main function being the camera screen.  To give you a good idea of how it should be used, the default camera setting is the forward facing camera for taking selfies.  Once you’ve taken a photo, you can edit it on screen and then you just need to hit use, select the people you’d like to share it with or select all and it will sling to to top of the screen.  Once it’s sent, you will see all of the pictures and videos, one by one from your friends unlock and get the chance to reply to each one individually.

By making people reply with shots of their own before being able to see content, it’s a quite clever way of encouraging engagement and interaction with the app.  It’s also a feature which will possibly frustrate people, driving them to just use messenger or text their photo’s across if they want a reply quickly, rather than when a friend has something interesting to send back.

Slingshot’s been available for a couple of weeks now, and after a few more it’ll be quite clear how successful the app will be in the long run.  It’s a service that needs to take off rapidly to become a hit, otherwise it’s going to fall flat as another trailed and failed Facebook experiment.