App of the Week 30th June 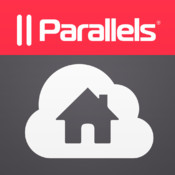 Parallels have been making remote access software for a number of years now, they were the first company to make Windows apps available for Macs and last year released Parallels Access, giving people the same service on their iPads.  This week, they’ve updated Access to version 2.0, now making all Mac and Windows apps available on iPhones and Android devices, rather than just iPads.

The app is free to download, however you need an account with Parallels which will cost you $19.99 per year for up to five computers.  Once you’re all set-up you’ll be able to view and launch desktop apps on your mobile device with a couple of taps, with Android you can launch the icons from the home screen, on iOS the interface reflects the OS X Spotlight one.

Because desktop apps aren’t designed to run from mobile devices, Parallels has included some really slick features like SmartTap, which will estimate where you wanted to click in regards to menu and toolbars.  Navigation is made even easier with the inclusion of an iOS style magnifier glass on Android devices as well.  To make the application work properly, the computer you’re trying to access cannot be in sleep mode, if your computer has slipped into sleep while you’ve been away, a wake-via-LAN function can help to jog it back online.

There’s no need to worry about security either, Parallels lets you black out the computer screen and stop the speakers while you’re accessing it remotely.  You’ll also need to enter a password to gain access from a remote device meaning that not just anyone will be able to see your files if your phone gets stolen.

Overall it’s a great app for people who don’t want to take their laptop out and about with them, but still need all of it’s functionality from their mobile device.  The subscription might put some people off, although there is a 14 day free trial period to get your started.