App of the Week 23rd June 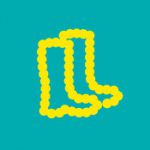 Last week we looked at the perfect app to accompany the FIFA World Cup (TVCatchup); there’s a huge list of events taking place this summer though, many of which have their own companion app.  We were going to take a look at the Wimbledon app which has been updated for the 2014 tournament, although we covered it last year and there’s something which peaked our interest slightly more – Glastonbury 2014.  This year they’ve had an app built by network provider EE to provide visitors with schedules, maps, news and info from the festival.

It’s a free to download app (you’d hope it was, especially after paying £200 for a ticket to the festival)  and upon first registering you’re prompted to sign in with Facebook to find your friends also heading to the festival.  On the home screen you can view the week’s schedule from the main stages or one of the many smaller stages and add them to your own personal line-up.  Bands are also listed in a searchable A-Z list, so if you know who you want to see, but don’t know when they are playing, you can easily find them through this list.

Along with the schedule information there’s also an offline map for the site, we couldn’t test this properly seeing as we’re not on Worthy Farm right now, but if it works well then it’ll be a really smart feature.  The news tab keeps you in the loop through an RSS feed taken from the Glastonbury site and a Twitter feed from the @Glastofest account.  The info tab is pretty much what you would expect, a lot of general info pulled from the Glastonbury website about accessibility, things to bring and how to get to the festival.  As the app is built and promoted by EE, the info section contains a little section about EE sponsored recharging facilities on site.

Overall it’s a great festival guide app, well worth downloading before you go away for the week. Usually phone battery life can be a bit of an issue with these festival guide apps, but as there are sure to be plenty of charging points on site this year, that shouldn’t be too much of a problem.  It’s also worth noting that EE have installed their 4G network into a set of fibreglass cows dotted around the site, meaning there should be no connectivity issues at any point while you’re there.