App of the Week 16th June 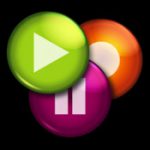 A lot of people will be far less excited about this than I am, but as you all surely know by now, it’s World Cup time.  We took a look at the official Fifa World Cup app when it was released last year, something which has already been an excellent companion to the tournament so far. However rather than look at it again, we’re looking at something slightly different – TVCatchup, an app to let you watch all of the games in real time.

A lot of apps are being promoted by the App Store as part of the World Cup celebrations, things like the BBC Sport app and the ITV player app, along with a selection of other Football related applications.  As the World Cup is split between ITV and the BBC though, you really want one single solution to watch all of the games as they happen, especially if you’re more interested in live action than statistics and standings.  TVCatchup is exactly that, it will let you watch live TV while you’re out and about, keeping up with the games in real time.

It’s an incredibly simple app to use, there’s no need to create an account; you simply open the app, select which channel you’d like to watch, close the advert which pops up and you’re watching live TV.  All of the major UK Freeview channels can be watched through the app, but obviously no Sky or Virgin Media channels are available.  As standard you’ll only be able to watch TV with a Wifi connection, this can be turned off but unless you have a hefty data package, we wouldn’t recommend it.

The only real flaw with the app would be the quite old fashioned looking interface, it looks like it could really have done with a refresh last year when iOS 7 came out.  Overall though it’s a great, free to download app that will make watching all of the sport over the next month (don’t forget Wimbledon starts a week today too) as simple as possible while you’re out and about.