App of the Week 19th May 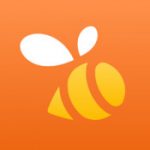 Who remembers the original Foursquare?  The app which was centered around check ins and for people to find their friends around them.  Since it’s launch in 2009, the app has grown to be more of a TripAdvisor rival than a fun checking in app, which seems to have prompted the team to split the app in two.  Following Facebook’s footsteps, FourSquare will now be split into the original app which will focus on ratings and reviews and an add-on called Swarm, which has a sole purpose of letting your friends know where you are at any time.

Swarm has introduced what they call Neighbourhood Sharing, a system which has your GPS turned on at all times, constantly keeping your friends informed of the general area that you are in.  This idea may turn a lot of people off the app, knowing that their general whereabouts is being broadcast to their friends at all times, if this is the case it’s really simple to turn off, just a quick swipe to the right at the top of the screen will activate or deactivate the feature.

You can of course check in to an individual place if you like as well, letting people know you’ve stopped at Starbucks for a coffee and seeing if anyone wants to come down and meet you there.  Contacts can be imported from either your Facebook or Twitter accounts or your contact list, there’s an option to search for people within Swarm as well, although I’m not sure why you want to find someone who wasn’t a connection in any other way.

Once you’ve added your contacts to Swarm, it’s easy to post about plans for later and invite your friends.  Anyone who’s a contact on Swarm will be able to see what plans you’ve made and send a response to let you know they’re coming.  You’ll receive a push notification shortly afterwards to let you know who to expect to the pub or down the park later that day.

It’s a really smart app, with just the right amount of feature right now, hopefully it’ll stay that way and not get too complex any time soon.  The only thing it needs to succeed really is a strong user base, something it will hopefully be able to pick up quite quickly, considering how much of a following FourSquare already has.