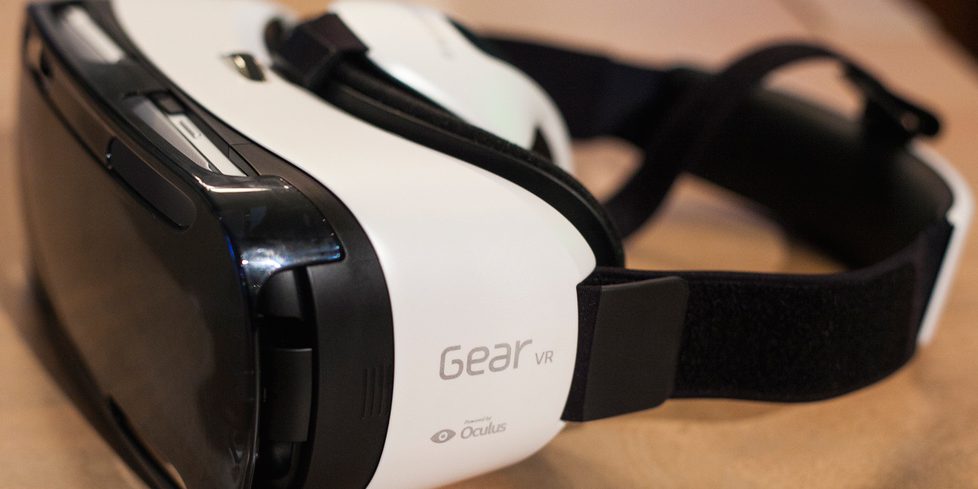 Many tech companies have now entered the race to create virtual reality technology, and Samsung is the first brand to usher in this new mode of entertainment. Few VR headsets have been launched on the market so far, and the upcoming ones are expected to be quite pricey when they are released. The Gear VR costs $100, and its current version is compatible with four of the newer Samsung devices. The first ‘innovator’ edition of Gear VR released at the end of last year only worked with the Galaxy Note 4. The second innovator edition, which came out in March of this year, was compatible with Galaxy S6 and S6 Edge. The current release is the market version available for consumer purchase, and it was sold out on the first day of pre-ordering.

This Gear VR is compatible with four Samsung Galaxy devices: Note 5, S6, S6 Edge, and S6 Edge+. It’s lighter in weight than its developing editions (though still a clunky experience to wear on your face), with better functionality and an enhanced touch system designed to facilitate navigation. The Velcro straps and foam padding are reported to make a comfortable fit, even with users wearing glasses. The focus wheel allows visual adjustment according to one’s eyesight for convenient viewing. The Gear VR straps to the smartphone, and its lenses focus on the phone screen. For enhanced performance, this device has a slew of hardware like a gyroscope, an accelerometer, and proximity-based sensors attached, setting it ahead of the simple, but more affordable Google Cardboard.

It was in 2014 that Samsung and Oculus formed an agreement to share the development of the Gear VR. Oculus VR was already known for its virtual reality device, the Oculus Rift. Following its partnership with Samsung, the Gear VR was first displayed to the public in a press conference of the IFA held at Berlin in September 2014.

The headset showcases the Oculus Home content portal which provides access to movies, games, and apps of all kinds. The content being created for virtual reality systems has burgeoned in a short span of just two years, and the Oculus portal contains a wider variety of content than any other VR system yet presented to the public. Over 100 apps and games are available, such as Netflix, Adventure Time, and Dead Secret, with more being developed as we speak.

Some reviewers have doubts about the display quality, since having the screen right against your eyes can fall short of an HD experience. The phone, used in attachment, helps to control image sharpness and pixilation. However, the ability to watch TV shows and movies, immersion in 360-degree video clips, and playing interactive games more than makes up for any quality lapses, which, incidentally, are far fewer than any other VR headset yet seen.