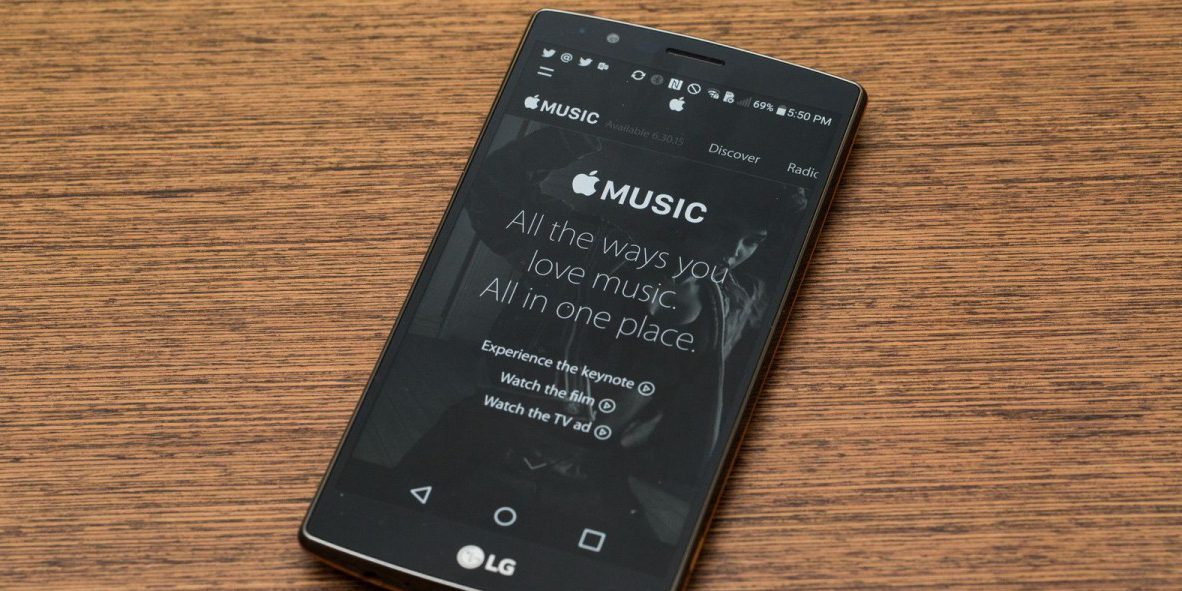 The Apple Music app has just been released on Android’s Play Store and is available to all Android users worldwide (excluding China, where the product should be available soon ). This Apple release hopes to tap into Android’s consumer base, the largest group of smartphone users worldwide. This is only Apple’s second app for Android users, and is looking to cater to Android music-lovers with all the features from the iOS Music app.

First released in June of this year, Apple Music quickly racked up 15 million subscribers, out of which approximately 6.5 million are paid subscribers, and the rest currently enjoying its 3-month free trial period. Apple had announced that an Android Apple Music app would soon follow, and have now honoured the promise. The app works on Android 4.3 or later, and has all core features we have come to expect from Apple Music: For You playlist, album recommendations, Connect for social network, Beats 1 radio station, My Music and more. New users can stream music free for 3 months and then choose to continue with a £9.99 per month subscription that will allow them to stream anything their ears desire from the million-strong database of songs available.

Currently, the Android app is missing the ability to play video files, and there is strangely no way to sign up in-app for a family subscription offer of £14.99 per month. Apple intends to add these features and tweak others within this version period. Existing Apple IDs can be used for signing in to Android Apple Music and will be able to pull up all Apple Music purchases users have made. Also, users will have access directly through the app to all music purchases they have previously made through iTunes.

The Senior Vice President of internet services, Eddy Cue, said in interviews about Apple Music release on Android on how they have made the app as true to the Android design as possible, like a native app. He stated that the purpose of their integration of services in the Android world was following the mission that would allow people to enjoy what they want no matter where they may be or what products they employ. The app is definitely as comparable to iOS Apple Music, while making it something that Android consumers will feel a sense of familiarity with as soon as they download it.

This is clearly another move by Apple to introduce their products to new customers who may not have used them before and convince them to make the switch to iOS, all confirmed by Cue in his recent interviews about Apple Music. The app launch follows Apple’s recent acquisition of Beats Electronics, and its late foray into the music industry appears to be taking on rivals like the hugely popular Spotify, the music streaming app that boasts 75 million active users.