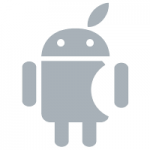 Something that’s been quietly bubbling away in the background for a while now from students at the Department of Computer Science, Columbia University.  It’s called Project Cider and it’s aiming to get iOS apps, running on Android devices and vice-versa.  Today the team that are working on it published a video (which you can see here) showing iOS apps running on a Nexus 7.  Admittedly they are running with a bit of lag, but they are running all the same.

Which is great if you’re an Android user who wants to run (for example) iMessage. Generally though most developers work on an iOS first basis, which makes me think that the desire for this among iOS users would be pretty slim.

When it comes to actual real world publishing it’s quite likely that Project Cider will come under some copyright issues, more than likely coming from the Cupertino camp than the Mountain View one.  It’s probably not a project that was ever started as a commercial viability project, more something which was started just to prove that it could be done.  For that it’s quite a good project, there are plenty of tools already available for developers who want to publish cross platform, this is just quite a nice addition, bringing the two platforms together from the consumers end, rather than the developers.