App of the Week 28th April 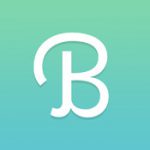 The news broke last week that Facebook had bought fitness tracking app Moves.  If you’ve not heard of it before, the app runs in the background at all times letting you know how you’re getting on with staying generally active; rather than most fitness apps which just monitor how much strenuous activity you do.  As always when Facebook buys something, people start to look out for an alternative, for whatever reason.  Luckily one of the other major fitness applications, RunTracker, have released a direct competitor to Moves called Breeze.

Listed in the app store as “Breeze – Activity and step tracking made simple”, I presume because all other variant of the name Breeze were already taken.  Once you’ve downloaded the app, you really just need to open it up and leave it running in the background, there’s not a lot else to it.  The app will monitor how well you’re doing and give you regular updates as to how fit you’re staying, how many steps you do and highlight exactly when you’re being more active, celebrating bursts of activity to try and keep you staying that way.  If you want to set yourself a target and try to work towards a level of activity, there is the option to do that as well.

On top of all this there is a social aspect, allowing you to share your progress with your friends via Facebook and Twitter, if you feel so inclined.  The app is only available for iPhone 5s at the moment, meaning it takes full advantage of the M7 processor.  A version for phones which pre-date this would be nice, but considering the iPhone 6 is due to be launched in a few months time, I can’t see a backwards compatible version becoming available any time soon

Overall Breeze is a great app, although if you’re happy with Moves, I wouldn’t particularly encourage you to make the change for no reason.  If you’re just getting into the whole tracking your every movement though then it’s good to know there is a solid alternative out there.