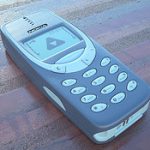 We’ve been talking about it for some time now, but today is finally the day Microsoft takes over Nokia.  The news first broke on the 3rd September last year when Nokia announced that they were struggling and Microsoft realised that their slow approach to joining the mobile marketplace was having a serious effect on their overall business.

Just over two months later, it turned out that Windows Phone was the only mobile platform to actually gain any market share, with Android and iOS both losing a small percentage.  This boost in sales was put down to the improved range of Nokia Lumia phones that were available.  Considering the Nokia Lumia are one of the only range of devices which supported the Windows Phone operating system it makes sense that Windows would want to have as much control as possible over the range of devices.

Since then, the deal has been quietly ticking away in the background, the only major piece of news was the announcement that Nokia would be launching a phone that ran the Android OS, rather than the Windows Mobile one.  That’s expected to be launched later this year, how successful it will be, no one knows.

Earlier this week, it was confirmed that the deal would be completing today and also that the Nokia brand would be dropped, to be replaced with the much less exciting Microsoft Mobile.  It’s a shame to see the Nokia brand being dropped, even if Nokia haven’t exactly been a major player in the phone market for some time now.  I’m sure everyone can remember their first Nokia 3310 and the countless hours of fun playing Snake that came from it.  There’s still a chance that Nokia may come back in the future with more Android powered phones, but for the time being it will be no more.