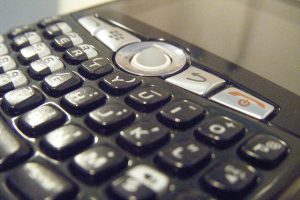 We haven’t done a post on BlackBerry for a while, probably because there’s been no news to report recently. Today however there’s some good news coming from the struggling Canadian phone manufacturer. In its fourth fiscal quarter the company only lost $423 million, which may not sound that great but in comparison to the colossal $4.4bn loss in the previous quarter they are doing pretty well.

This news gave BlackBerry stock price a 6% boost in pre-market trading, which should restore some faith and give a bit of hope to existing shareholders. The company is still loosing money at quite a rate though, so I can’t see it bringing in any new investors any time soon.

If you’re wondering where they are getting any money from, well it’s not handsets. They only sold 3.4 million handsets this quarter, with only 1.1 million of those being BlackBerry 10 devices, the other 2.3 million being on the antique BlackBerry 7 OS. The company is actually financing itself through services which made up for 56% of the companies revenue this quarter.

This is all good news of course, but what do BlackBerry plan on doing now to help stem this flow of cash out of the company and start making BlackBerry a big name in the game again. Well according to CEO John Chen, the future lies in high-end keyboard smartphones and making more money from BBM. This shouldn’t come as a surprise to anyone, considering the keyboard is one of the main things that people actually like about BlackBerry devices and BBM is still being used by millions of people around the world.

As far as I can see, the next big step for BlackBerry is going to be to release version 11 of its OS, 10 has been about as well received as Windows 8, with users either deciding to go for an older version or just change to a different system.

As we’ve found out, no one can possibly predict what the future holds for BlackBerry, but this is a good sign that recovery lays around the corner.