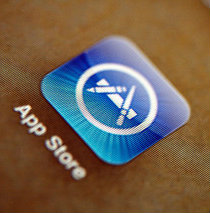 We’re over a week into 2014 now, so you would be forgiven for thinking there would be no more looking back at 2013 anymore, however Apple announced these figures on Tuesday which we thought were worthy of taking a look at.  Over the whole of 2013, iPhone and iPad (presumably iPod Touch as well) owners spent a total of $10bn on apps and in-app purchases, with $1bn of that being in the last 31 days of the year.  As a side note Apple also announced that iOS Developers had earnt $15bn since the launch of the app store five and a half years ago.  When you think that Apple takes a 30% cut of sales on the App Store, working backwards you will see that a total of roughly $21.4bn has been spent since the launch of the App Store.What does this mean for developers and publishers then?

Well if you consider that $10bn was paid out of a total $21.4bn in 2013 alone, app sales and in-app purchases in 2013 nearly doubled compared to the four and half previous years!  This can only spell out good things for the app economy, with these sorts of figures emerging it would seem that the app marketplace is showing no signs of slowing down, becoming stronger and stronger, year on year.  Remember these figures are only for iOS devices, who only have about a 27% market share, if similar figures are being found in Android devices the total amount of money spent on apps would easily top $50bn.

As well as announcing how much money is involved in their app store at the moment, Apple also announced just how popular it is as well, over 225,000 apps were published in 2013, taking the total now to over 1m in total.  App download figures from December 2013 also increased by 50% from December 2012, from 2m to 3m.  All of these figures just go to show how much money there is in the app marketplace and how popular it is becoming, year on year.  No one really knows what is in store for 2014, but going by this – things are going to start getting really interesting.