App of the Week 25th November 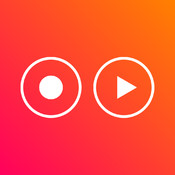 Since Vine was launched towards the end of last year, interest in mobile video has increased significantly.  After the Twitter backed project was launched, it didn’t take long for Instagram to start allowing users to take  videos and start applying filters to them.  Since then there have been a slew of video effect apps which have allowed people to apply more filters and more effects to their short videos before posting them online.  None of these have really gained any traction though and there isn’t one which stands out from the crowd, Vivoom however is a video editing app which could really start to get peoples attention

The app has been published by effects company GenArts Inc. whose world renowned visual effects (VFX) engine has been used on Iron Man, Star Wars, Lord of the Rings, Game of Thrones, Mad Men, etc., this basically means these guys really know what they are doing when it comes to layering effects onto your video.

Vivoom allows you to record video in clips or as a continual stream of up to 15 seconds or import a video that you’ve already recorded from your library.  Once you’ve done this the beautifully simple UI lets you select from an impressive selection of different ‘looks’ which are the effects you can use.  These vary from making your video look like an old silent film, to throwing lightning bolts around the screen, to just adding a warm to cold filter across the screen.

It’s a micro-social network in itself, allowing you to share and view other peoples creations in the app, or you can share it directly to Facebook, Twitter or Tumblr.  This is probably the apps biggest downfall is that even though you can create a 15 second video, you can’t share it directly to Instagram.  The app is only on version 1.1 at the moment though, so there is a definite scope for inclusion of this feature in the future.