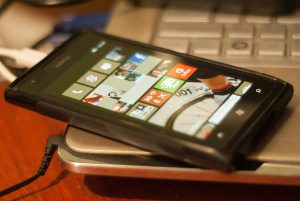 In a report published earlier this week, the Windows Phone operating system is the only one out of the big three mobile platforms to gain any market share in the UK, with iOS and Android both experiencing a slight dip.  The report published by Kantar looks at global phone sales over the three months leading up to September 2013.

Windows Phone market share accounted for 11.4% of mobile phones sold in this period, almost three times as much as the 4.2% this time last year.  Android remains as the number one in the marketplace with a 58.4% share and iOS has a healthy 27%, which is only expected to be boosted in the run up to christmas thanks to the launch of the iPhone 5s and 5c.

It’s not just a gain in market share in the UK that Windows can be happy about, in Italy Windows phone is now bigger than iOS.  Windows Phone enjoys a 13.7% market share over there, whereas iOS only has a 10.2%, again iOS is expected to have another boost in the run up to Christmas, possibly giving Apple the lead back, however it’s great news for Windows Phone for the time being

This boost for Windows Phone is thanks mostly to the rapidly improving and expanding range of Nokia Lumia phones.  Microsoft bought out the struggling Finnish manufacturer earlier this year which has been a massive help for both firms.  As other manufacturers seem to lose interest in Windows Phone, switching across to Android, this news could change some minds when it comes to future releases.

While this is all great news for Windows and no big problem for Android or iOS, it couldn’t come at a worse time for Blackberry whose potential buyout from Fairfax International has been ditched due to trouble finding investors.  Potentially because they saw Blackberry as too much of a high risk investment.  In the report that was published earlier this week, Blackberry saw their market share tumble to just 3.1%