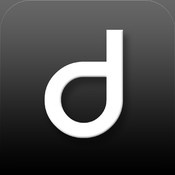 It’s a problem which has faced wine connoisseurs for years, by the time you’ve finished the third bottle of wine of an evening, chances are you may have a hard time remembering exactly what it was, but just know that it was delicious.  You could always make a note of what that top vino was in the notes on your phone, but chances are it will get lost in the bundle of other notes you’ve made and trying to find it in a months time will be a nightmare.  That’s where Drync comes in.

Drync allows you to point your phone at the label of the bottle you’re drinking, it then uses an Augmented Reality engine to identify that bottle from it’s library of over 1.7 million different wines. Through the app you can order that bottle from one of Drync’s partners who stock over 30,000 different bottles. Quite handily, it’s not just bottles that the app will read it’s also pictures of the wine bottle labels in magazines, so you can now see a label you want to try anywhere and order it direct. Unfortunately this ordering system is only available in the US, however a UK version is on the cards.

The app also has a wealth of social functions built in, allowing you not only to share what you are drinking through Facebook and Twitter but you can also rate the wines you are drinking, share with other users and get recommendations for the best bottle. New functions coming soon include recommendations from top wine experts and hand crafted lists of unique and rare bottles of wine. There is also talk of the app being able to learn your own personal pallet and making suggestions off the back if that, but that could be quite some time in the making

The creators of Drync managed to raise over $900,000 worth of investment to get the project off the ground, just to give you an idea of the amount of effort that has gone into developing it. The only big problem I have with it is the name, obviously the amount of names for apps are running out, but developers need to think of a new way of naming things than just swapping vowels and dropping the penultimate letter of the word, it’s going to look as dated as putting a # at the start of everything soon.

Overall Drync (apart from the name) is really good. Augmented Reality is starting to be used in smarter ways these days and this is just one example of it. I love all of the social features that have been integrated and really look forward to the UK version being launched so I can use it to it’s full potential.