Five Years of the App Store 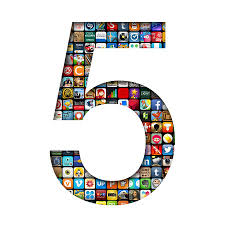 Five years ago today Apple decided to launch something called the ‘App Store’ for iPhones.  The idea being that people could download pieces of software for their iPhone called ‘apps’ which would let them do things that they previously couldn’t do on their phone.  Who knew on the 9th of July 2008 that Apple were going to be creating a multi-billion dollar industry from this quite simple idea of letting developers release software on mobile devices as well as on computers and websites.

When the app store launched there were a total of 500 apps available to download, in the first weekend 10 million apps had been downloaded, by the 4th of April 2009 this download figure had risen to 1 billion and by the 8th of June, the date of the iPhone 3gs launch, over 50,000 apps had been released.  By the 7th of June 2010 Apple had paid $1Bn to developers worldwide for.  The success has skyrocketed since then, with the App Store expanding at a rate which no one could have predicted and on the 16th of May this year, the 50 Billionth app had been downloaded, exactly a month ago today a total of $10Bn had been paid to developers worldwide.

Free apps include: Barefoot World Atlas, Day One (Journal/Diary), How To Cook Everything, Over (a photo editing app) and Traktor DJ for iPhone (an audio-mixing app).

You can also look at the other Milestones which have occurred over the last 5 years through a banner celebrating the five years of the App store at the top of the ‘featured’ page.

This may leave you wondering, what do the next five years hold for the App Store?  The last five years have made Apple roughly $3Bn in comission through app sales and who knows how much in iPhone, iPad and iPod sales because of the variety of apps available.  With the emergence of fashion technology and Apple recruiting ex-Yves Saint Lauren boss, Paul Deneve (presumably to make Apple’s next product appeal to people outside of Silicon Valley – a mistake seemingly made with the original launch of Google Glass)  It looks like different types of app could be launched and released through possibly a different App store which will be created exclusively for fashion-tech..