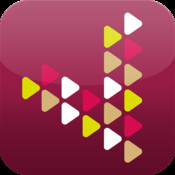 Vox Pop Me is a clever new market research app, which allows users to make money by giving their opinions on certain topics.  Rather than the long and arduous surveys that can be completed online through services like YouGov though, responses are given by simply tapping record at the bottom of the app and the phones video camera is launched, allowing a submission of up to 60 seconds.

Questions change frequently and the average reward for giving an opinion is 30-50p.  The reward amount has to be built up to £25 before a withdrawal can be made, which has to be done through paypal. Vox Pop Me approve all of the videos to make sure they are constructive answers and not someone filming their feet while humming for 30 seconds before payment is awarded.

The layout of Vox Pop Me is simple, the questions appear as a list on the home screen, users then tap on a question which takes them to the answer page where they can see a full explanation, when it expires, how much they will be paid and where their information will be used.  Tabs at the bottom give the option of viewing pending questions, responses and profile page which shows how much money is in the account and the option of cashing out.

Before users can access the app, they have to create an account using their Facebook log in details and grant Vox Pop Me access to their information.  The reason behind this is to enhance the market research data they are collecting.  For example the answer to the question ‘what is your favourite music festival and why?’ is not particularly useful to anyone without any supporting information.  If that answer is backed up with what a user’s favourite bands, films, books, relationship status, political views, religion, age and location are – that information combined is all of a sudden incredibly valuable.

All together, Vox Pop Me is a really well designed app, the interface is simple and it runs really quickly.  The concept of being able to make money through an app rather than spend it is quite a new one, so it will be interesting to see how successful this is and how many apps use this format in the future.