Is Outsourcing to Cheap App Developers an Expensive Gamble? 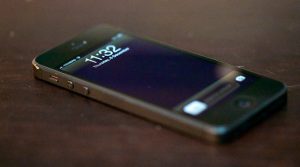 Apps are an increasingly important asset to a business. With consumers spending more and more time on their mobiles, it is only sensible to look to apps as a way of grabbing their attention. We are spending the early 21st Century on the go, so you’ll want your name to be seen on the go too.

As apps are becoming so vital to mobile business, they can be quite expensive. There are hundreds of thousands of apps on each platform, adding up to  millions altogether. High quality apps do not come cheap. Of course, the price you’re willing to pay depends on the value you place on return on investment you expect. The Royal Navy recently spent £100k on an app. This isn’t necessarily a typical figure for the cost of app development, but it shows just how valuable apps can be to whoever commissions them.

For smaller businesses looking to get a piece of the app market, outsourcing to cheap app developers may seem like an obvious choice. You won’t have to fork over thousands of pounds and you’ll get an app at the end of it. And an app is an app, right?

Like any product, you get what you pay for. And in such a saturated market, you can’t afford to be satisfied with a mediocre product. It will simply not get noticed. Do you really want to shy away from experienced developers all for a potential saving, which may prove to be a costly risk?

A 2011 study by The Outsourcing Centre for its annual Outsourcing Excellence wards found that 69% of 26 outsourcing relationships encountered serious problems: “significant challenges” caused over two thirds of the business relationships to fall short of expectations.

What’s worse is that the study found that each company recognised the risks prior to doing business with the outsourcers, but underestimated the extent of the problems those risks caused.

With each business riding their luck in the hope that the problems wouldn’t happen to them, they forgot about the very real possibility that it could happen to them all.

69% of project relationships were found to seriously underperform, with the apparent bargain seeming to cloud the better judgement of managers looking to pay for a quality product. But it’s important to remember the mantra “pay less, pay twice”. You may find that you will continually be throwing money at problems in an attempt to solve them or even just make them go away. If wasting money wasn’t enough, cheap projects run the risk of going over the agreed timescale, and you could find yourself wasting valuable time too.

So after spending more time and cash on the project than you initially expected, it is still very possible that you’ll be left with an unusable product , whether the features don’t work as required or they are simply too complicated or unsuitable. You’ll have paid for nothing.

Don’t be fooled by the low up-front cost. You have to take into account the high failure rate and the significant risk of underperformance. What you end up with is a large bill and nothing to show for it. Sometimes, paying more to a competent developer will end up cheaper than drip feeding an outsourcer in an attempt to solve the many problems that will occur.

In addition, an outsourced app may be very difficult to maintain. You may find yourself going back to the developer and paying them again to fix their original poor code.

Sometimes, a bargain really is too good to be true. You may be attracted to the low costs of an outsourced project with cheap app developers in India or the Far East, but always remember that it may be cheaper in the long run to pay a higher initial amount, and the higher price you pay up front will buy you a higher quality product and higher quality support too.

You don’t want to pay an extortionate amount of money either though. You don’t need to spend £100k if you want high quality. Even here in the UK, you can commission a high quality app from an experienced and committed developer.  Cheap app developers in the UK may not seem as cheap as those you could outsource to overseas, but in the long run they may be cheaper, and will deliver much higher value for money.