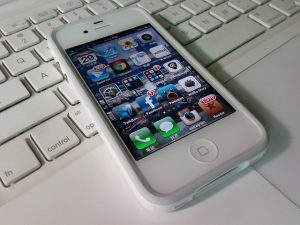 When developing an app for iOS, Apple requires the use of provisioning profiles to ensure that the app is being developed and distributed by a trusted member of the Apple Developer Program. Here’s a quick introduction to iPhone app publishing Provisioning Profiles.

Some have called the system overly complicated, and at first it does seem like a bureaucratic nightmare. Each device which you wish to use to run your application in testing must be registered, by downloading a Development Provisioning Profile (DPP) containing iPhone Development Certificates, Unique Device Identifiers and App ID’s. Distribution Certificates ensure that the app is then distributed by a trusted Apple partner.

First, the Development Provisioning Profile must be created in the iOS Developer Program portal. Only development Team Agents and Team Admins can do this, but a development team can be granted access by selecting all devices which will be used in the development process. The certificates will then be available to download on each development device.

The DPP is downloaded to each device which you will use for testing, containing unique ID’s for each device and the app itself, and it contains a certificate which is used as a sign of authenticity. This certificate allows you to run the app on your device in testing. By downloading a DPP through the Apple Development Program portal, Apple ensures that the products which they will be selling come from trusted authors.

Once it comes time to distribute your app, you will need permission from Apple to do so , again so they can ensure only their trusted partners use their service. Distribution Certificates are also downloaded from the Developer Program portal, and work in the same way , as a signature and proof of authenticity.

Catch-all certificates are available, combining both Development and Distribution certificates. These are used by developers who have control of the app from start to finish and will be publishing it themselves. However, f the app is being developed for a client who wishes to publish the app themselves, they must create the Distribution profile. The development company can do this for you, but not under their company name. You will need to pay them to set up a profile for your company, including the $99 annual fee for joining the Apple Developers Program. This would be done on behalf of the client, so that their name appears as the publisher.

It sounds more complicated than it is, and it is beneficial to both Apple and the developer. It ensures that the product is only developed and distributed by the teams licensed to do so as members of Apple’s Development Program and it ensures that the developer’s work is protected with the correct attribution, making iPhone app publishing easy and secure.