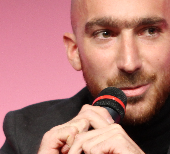 The analogy has to end here (as it’s getting both boring and irrelevant) but you get where I’m going.

If a product is causing a retailer to lose revenue, then the retailer has every right not to stock this product anymore. This is the case with AppGratis. Their business model (which is really smart, but the way) was damaging Apple’s bottom line. Depriving it of the 30% (yes readers, 30%!) it takes as a cut from every app download and in-app purchase.

If Apple had just been clear about their reasoning for the removal, then the developer community would not be in such uproar. The fact that they didn’t make mush f a statement at all, other than referring to it’s terms and conditions, it’s symptomatic of a company behaving like a megalomaniac. It’s a PR disaster, driving developers to think seriously about building first for other platforms that might not be so guarded in their platform practices. AppGratis’ CEO, Simon Dawalt, has been courting good headlines from this, even getting the French Minister for Digital Technologies on board the campaign to overturn Apple’s ruling.

However, the whole story does raise questions about the darker arts of app marketing and promotion. Apple, admirably, strives to keep the quality of new iPhone  apps available in the app store as high as possible (spending up to two weeks reviewing each developer submission).  Similarly,  they try to keep app discovery on iOS as fair as possible. AppGratis’ business model is built upon skewing this fair discovery process.

A leaked document from AppGratis’ stated that:

“AppGratis gives developers an estimate of where in Apple’s App Store rankings an app can land based on how much the developer is willing to pay ¢â‚¬ ¦ [The] document shows AppGratis estimates a $300,000 ( £197,000) buy will land an app in the top five slot in the US version of the App Store.” Source: The Guardian

So, for nearly quarter of a million pounds sterling, you can push your new Furious Kittens (trademark, me) or whatever to the top of the app store. This is, in no uncertain terms, skewing the app discovery market unfairly in favour of those not necessarily with a good product, but with a big budget.

AppGratis are not the only firm skewing new iPhone apps discovery, to the ultimate detriment of users. There’s a German-based mobile advertising platform (full disclosure, they are a supplier to Tradebox Media – they pay for our coffee so we’re not naming names) who’s business model seems to be based on pushing ads to mobile devices. However, the main income to this company’s coffers actually comes from app “propulsion” for large blue-chip, companies (or, at least, this was the case in 2011, anyway). For an undisclosed fee (it’s around £30,000 since you ask) they’ll push your new iPhone apps relentlessly through it’s advertising SDK to users accessing it’s mobile ad platform. It appears that there’s no relevant targeting, just a bombardment of ads designed to get you to install another developer’s app. Skewing the market indeed.

So, if we take anything from the AppGratis debacle (other than that Apple regards itself too highly to actually talk to developers) it’s that, in the end, they’ve done the right thing. And it grates to write that. If you app is crap, but you’ve got a half million marketing budget, you can essentially buy downloads. This is wrong. A good app should be discovered through smart, unpaid marketing. Apple has taken steps to ensure that this remains the case.

It’s their party. They’ll cry (and ban) if they want to.

Stephen Milburn is the founder of Tradebox Media.

Disagree with me? So do some of our staff! Read Alex Jeffer’s blog on why Apple made a cock-up on this here.