HTML5 , Running the show behind the scenes 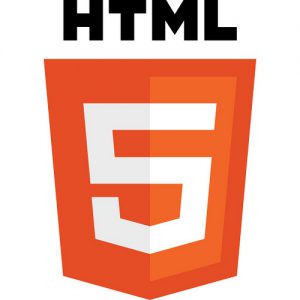 Before the iPhone hit the shelves and sparked Apple’s monumental rise, there was only one tech company which was a household name: Microsoft. There was no such thing as an “app developer”. The only operating system anybody other than hardcore techies new about was Windows, and that made programming and software development a pretty simple field. But when Apple started putting iOS in people’s pockets and the iPhone became the trendy bit of kit it still is today, the world of computing changed , Windows’ monopoly was no more.

That led to a problem for developers. For so long, they only needed to design products for Windows. Since its monopoly was broken, there is a broad range of operating systems available, and developers need to market products which will work on them all. But how? How can an app developer create software that needs to interact with hugely different native codes to work on an ever-growing spectrum of devices? Here to save the day: HTML5.

Almost anything with a screen has HTML5 working hard behind the scenes , from mobile phones and desktop computers to car computers and your television. The advanced nature of HTML5 with API’s and their new capabilities, it is easy to write clean, accessible code that can work with almost any native software. With one code base, app developers  for html apps can create applications which are quick to adapt to all operating systems, creating programmes for many devices with only one development.

It isn’t just the mobile computing world that is seeing the benefits of this all-encompassing code. Desktop operating systems are being developed with HTML5 in mind, with some featuring HTML5 as a native option and others allowing HTML5-powered apps to be installed on devices that use native software. HTML5 is being helped by operating systems designed to accommodate it, such as Chrome OS, which is focused entirely on HTML5.

Cross platform “packaged apps” will also allow HTML5 to run on any desktop, but neither of these solutions will be HTML5 apps (sometimes just called html apps) which run from within the existing browser. The aim is to integrate HTML5 as much as possible, to make it easier to develop cross-platform applications, a far more efficient way of creating products for the whole market. This is all invisible to the user , everything will work seamlessly, without jumping out of one and into the other. Everything will run like it is all working together, because it is.

HTML5 allows app developers to bring their products to both mobile and desktop, without having to waste time and resources creating two distinct applications or making one fit-to-size based on its predecessor. As a result, users will benefit from a more consistent experience no matter how they access the application , desktop or mobile, Windows or Mac: the user experience will be similarly impressive.

Single-platform development is now a futile cause. Why bother creating poor copies of an original, native application when HTML5 and hybrid development will give you products that look like they are tailored to each system? HTML5 has huge potential for you to simplify your development strategy and produce consistent applications, giving users a much more coherent experience.