How to Build Your Own Tech Hub 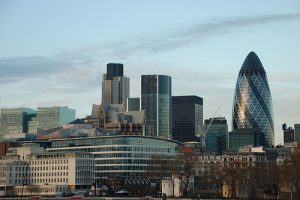 Recently the rise of places such as Silicon Roundabout in London and Silicon Fen in Cambridge has drawn people’s attention to the importance that a centre for innovation can have for the profile, not only for the area, but also any companies involved in the group.   The most recent tech hub to emerge is the ‘Silicwm Valley’ in Cardiff, South Wales.   The group behind this is Cardiff Start, a group of tech start-ups , graduates and investors and looking to build the profile of a city that was once dominated by manufacturing industry and is now becoming a major player in the technology and innovation sector.     You can read all about Cardiff Start and the work they are doing here

If you want to be a part of one of these hives of activity but there isn’t one in your area, creating one can seem like a good idea.   Having a local technology hub will benefit local business and the local community greatly; the main problem a lot of people have with starting a hub of their own is not knowing where to start.   These clusters require investment and interest from outside sources to get them going, and generally these can be quite hard to bring in.   The three simple steps below should help give you guidance on how to get people to notice your tech hub so you can start bringing in the essential investors.

1.Create a map of the area

People want to see how many companies are part of the latest technology buzz and they need to see where your community is. Creating a map pointing to all of the companies who are involved in your cluster will make it easy for people to see how many people are involved and where you are so they can start to contribute to your hub. You can have a look at what we’re doing in Cardiff here

2.Create a brand around the idea

People want to know what to call the latest cluster, a lot of places didn’t stumble upon their names, they were thought of and pushed out there by the founding companies, think of something that will represent the locality of where you are and try and work in some kind of technology reference.   For example Silicwm Valley is a clever play on Silicon Valley and instantly identifies it as being a very Welsh project.

Pick a local landmark that people can use to instantly identify with your new tech cluster and start using that in all of the publicity and promotion that is done regarding the community.   This same landmark should be what anyone uses as an image when they write an article or be stood in front of when a live report is being done about the community.

You then obviously need to start telling as many people as possible, Tweet about it, Facebook it and get everyone in your local business community to do the same, this isn’t a guaranteed list of things to do to make your tech cluster an overnight success, but it is a pretty good guide on how to get the newest hub off the ground.