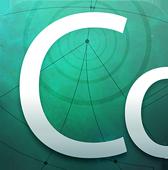 A lot of people have often thought about making their own iPhone apps but never know where to start with learning code and sometimes an on screen tutorial would be very helpful.   With CODEA you can do just that.   It’s an app that lets you build your own games, using part coding and part graphic interface, you  can learn how to create an iPhone app with ease and no background knowledge.

The coding app part, while still quite complex, has been simplified so you can add images and sounds very easily and the on screen tutorials will teach you how to add stock media, while your own can be imported quite easily.   Once you have done your building you can run the app and then go back through it to amend any of the code as you need to, which inevitably happens quite often, but with a fair amount of patience you can build some quite fun games.

It’s currently not available but in a planned update there will be a function to download all of your coding in Xcode, which is the language used for iPhone and iPad apps, this can then be submitted directly to the App store for approval.

CODEA is a really good introduction to people who are looking to learn how to build apps, the interface for adding different components is a really helpful tool for anyone looking to start building their own apps on a Mac using plain Xcode and hopefully it will start a new generation of App Developers.